2016 will mark the fifth edition of the competition, which has become the fastest growing in the ISA World Championship Series. In 2015 participation more than doubled since the event’s inception in 2012 as 27 Nations and 260 athletes graced the shores of Sayulita, Mexico in an incredible week of competition that resulted in Team USA earning their first-ever Gold Medal. 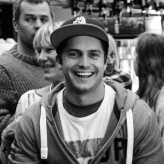 Chris is a Digital Marketing Specialist based in Johannesburg, South Africa and also an international Stand Up Paddle racer. When he's not working or competing he teaches SUP lessons near home at Emmarentia Dam and educates communities about sustainability & environmental awareness. Also known for making an epic cup of coffee!   Website: chriscouve.com Email: crcouve@gmail.com

WE ARE A SUP SCHOOL IN THE HEART OF JOHANNESBURG'S BEAUTIFUL SUBURBS Emmarentia Dam is the best kept secret of Johannesburg is one of the best places you can learn to SUP and the knowledgeable instructors at SUPFitness are certainly the team show you how...